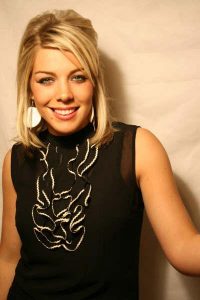 How fast this year has flown by, and now we’re right in the middle of a pre-Christmas build up, which can mean only one thing! Christmas Songs! We recently reported on The Library Suits, and their quest to enter the charts with their catchy tune ‘Christmas Retreat’, and now we have another new Christmas ditty to feature.

Singer Libby Holden is the Essex based vocalist who takes the lead on this track, which is called ‘It’s Christmas (Party Time)’. Like most of its seasonal predecessors it’s an up-tempo effort full of Christmas Bells, Children’s Choirs, and heart warming references to Santa. It’s all very cute, and a wee bit tongue in cheek; just as a Christmas song should be. I could see this in Christmas Adverts aimed at families andChildren, and people singing along to it at parties. Libby’s also got a great voice which I look forward to hearing more of in the future.

My only problem with Christmas Songs is that I’ve heard the popular ones over and over, year after year. I’ve had a Christmas song overload before the festive season has even started, and thus the novelty value of new songs that follow in a similar vein is sometimes limited. It’s fun, and has its place in the market, but I think Libby and her team have the potential to do something more original.