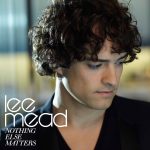 Lee Mead first hit the headlines as a musical theatre star, performing to packed houses in the West End as Joseph, after winning BBC1 reality show ‘Any Dream Will Do’. During that time he somehow found the time to make an album, which despite being rushed, was far above the normal/predictable collection of cover versions that come from some T.V contestants, which is a case in point. Many of these singers have faded away into obscurity, while Lee Mead has just released his second, much anticipated album.

‘Nothing Else Matters’ is an interesting mix of songs from some renowned songwriters, co-writes from Lee himself, and a few covers. The album maintains, and improves upon the live feel of Lee’s first album, with some superb orchestral, piano and string arrangements. Lee’s smooth and harmonic voice captures the soul in each of the songs, and blends in well with the music. Both these things produce, in me at least, what I can only describe as ‘the smile effect’.

To break it down further, there were quite a few standout moments on this album. Title track ‘Nothing Else Matters’ has a likeable story behind the lyrics, and some beautiful string arrangements, while ‘Collide’ is also notable for lyrics like “even the best fall down sometime, even the wrong words seem to rhyme”. What Lee does well in both these songs, and throughout the album, is the chorus. The music and the vocals soar around you with a great deal of power that will take many a listener along with it.

‘Drops of Jupiter’ is another song it’s impossible to overlook, thanks to its references to the solar system, and fried chicken. An interesting combination which somehow, perhaps due to the slight indie feel to the song, lands on the right side of cool. ‘Everything I left Behind’ is another great song, for me one of Lee’s most reflective. The harmonies and backing vocals stood out for me on this.

Although it’s not clear what part Lee played on the songs he contributed to (Breathe You Out and Good To Be Alive), they are also an enjoyable listen, and hopefully a hint of what’s to come as Lee learns more about the path of a songwriter. After all, it’s always good to leave the audience wanting more.

Given the quality of the original songs on this album, listeners may question the inclusion of cover versions, and perhaps in the case of the much covered ‘More Than Words’, they’d be right. But 2/3 isn’t bad and the remaining covers are so well done, that you wouldn’t know they were covers in the first place. It can be interesting when a singer makes a well known song their own, and turning the Ryan Adams ballad ‘When The Stars Go Blue’ into a duet with the talented Hayley Westenra, was a smart move. Both this and ‘Through The Barricades’ have a lot of charm.

I have to admit, I’ve been following Lee Mead’s musical exploits with interest ever since he appeared on ‘Any Dream Will Do’, so I’m not exactly a new convert, but I’m sure there will be many new fans singing along to the great tracks on ‘Nothing Else Matters, just as I have.