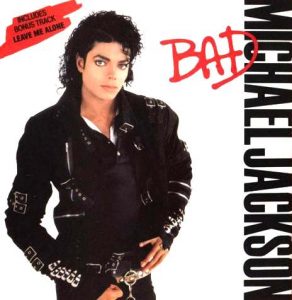 Love him or hate him, as a musician or a person, Michael Jackson affected all our lives. Although he may have lived a lonely, sometimes odd/reclusive existance, has had constant pictures printed or his changing looks, and has been plagued by skandal, all this should be forgotten, as we remember the King Of Pop, who sadly passed away aged 50.

Michael began his career at a very young age, and went on to have a huge impact on the Motown Scene with his brothers as part of the Jackson 5. After leaving the group he went on to have global success as a solo artist, becoming one of the most iconic singers of his generation. His album Thriller remains the best selling album of all time, and he sold around 750 million albums in his lifetime. Jackson’s legacy not only amounts to the amazing music that will never be forgotten, but the inspiration he gave, and will give in the future to multiple generations of performers.

In the days to come further details of his death will emerge and the tidal wave of reaction/grief/and tribute will increase too. We don’t want to repeat what you will hear a hundred times over, but we do want to pay tribute to a unique and shining star that will be sadly missed. So we invite you to join with us, and get creative with your Michael Jackson tributes. We’re looking for artwork, computer graphics, poems, song lyrics, craft, a photo, or maybe even a video of you singing a Jackson song. Contact us @ lauren.john@music.co.uk with your creations, and the story behind them, and all will be considered for our special pages.

Thanks Everyone and May our thoughts be with The Jackson Family at this sad time.