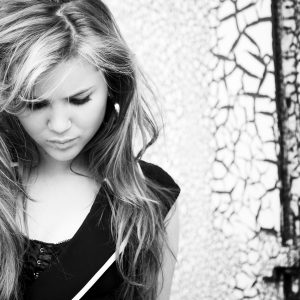 What can I say about Mike Batt, other than he obviously has a knack for discovering supreme talent. Marianne Faithhfull and Katie Melua are already signed to his Dramatico label, and now they have a label mate in the shape of Florence Rawlings. If first impressions are anything to go by, I’d say this young lady will certainly have a promising career ahead of her.

Florence was discovered by the songwriter/record company chairman at around the same time as Katie Melua, but it’s only now in 2009, that she has come into the limelight, and is preparing to release her debut album. ‘A Fool In Love’ will be released late August, along with a single. We’ll be reviewing this soon, but expect some powerful, distinctive vocals, and a classy Motown/Soul/Pop sound. There’s a mix of unique covers and original material on the album, some of which Mike Batt penned.

All this has come about after Florence finished her A-level studies, and in effect served her music apprenticeship by performing at school, in clubs and bars, and learning her craft at any opportunity. She’s also taken a step up the ladder in the live arena of late by performing her songs at various festivals, including The Isle Of Wight Festival. After this particular event, the promoter John Giddings was quoted as saying, “Florence Rawlings rocked the Big Top; a certain star of the future.” This has led to further bookings on the festival/gig circuit, including The Jazz Café in London on July 21st, Stuttgart Jazz Festival on July 24th, and Bush Hall in London on July 30th (supporting Booker T). All the signs are there’s much more to come from this promising young star, so keep your eyes and ears open, and don’t forget to visit www.florencerawlings.com for some music samples, an interesting blog, and more.  Is she proof that Britain’s Got Talent? We say yes!