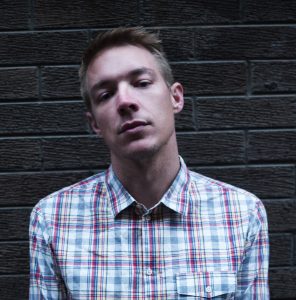 We’ve mentioned Topman Ctrl a few times here on music.co.uk, and it’s so good we’re just going to indulge ourselves, and our readers again! In case you didn’t see our earlier pieces, here’s how it all works. One music act is given ‘control’ of the Topman Ctrl Myspace for a whole month. During that month lots of exclusive content, including video’s, photo’s, and interviews will be uploaded to the site, and at the end of the month the act will celebrate by curating a gig somewhere in the UK.

Top Man Ctrl has been going for almost a year now, and has seen some of the best new talent out there perform on the Top Man Ctrl Stage. There’s also been a great line-up of ‘Controllers’, which has included Gallows, Ladyhawke, Passion Pit, and The Rumble Strips. The Ctrl team will be rounding off their first year in style by putting brand new act ‘Diplo’ in Ctrl.

Diplo it seems is one of lifes multi-talented, multi-taskers, and has been known to try his hand at everything from producing and DJ-ing, to film producing, club promoting, and being a label boss. If that wasn’t enough he’s also gained something of a reputation for discovering new music from across the globe. His achievements including producing Grammy Award winning music for MIA, and or working in the so called ‘Zombie Dancehall’ genre with Switch. Chances are if you’re a fan of electronic dance music, you’ll have heard of this guy!

With such a reputation you can be sure he’s helped to choose an awesome line-up for his Top Man Ctrl gig, which will take place at London’s Fabric Nightclub on December 16th. Taking to the stage will be the epic, and quirky Micachu and The Shapes, who will be supported by superb Dub Step act Benga, Electro Star Primary 1, and the interestingly titled Mumdance. Sounds like an electric way to end the year, and you can get more information on this event, and Diplo during December at www.myspace.com/topmanctrl.

Also look out for Top Man Ctrl in 2010, as they’ll be kicking off the year with visits to Bournemouth and Cambridge, and have a student tour/festival dates all in the pipeline. They support the best new music, and you can to by joining Top Man Ctrl live or via Myspace.