Seven Summers: Picture Of You (Single) 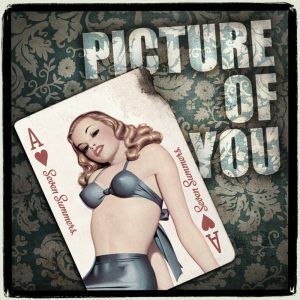 It only seems like yesterday that I attended the Seven Summers album launch, but not ones to let the buzz die down, the Essex based four piece have been hard at work preparing for the release of their new single. They will be showering I-Tunes with a brand new song called ‘Picture Of You’, and music.co.uk was one of the first to hear it!

The track is an interesting contrast of heavy industrial rock sounds, and punchy acoustic arrangements, that both take turns being high in the mix. The intro comes in with a distorted electric guitar sound that is followed by a folk arrangement on drums and acoustic guitar. It’s the acoustic/drum combination that has the most urgency in the production, although the instrumental break later on swirls around the room to good effect. Layered over this is Matt’s distinctive vocal, which delivers the chorus and middle eight particularly well.

As a heavier, fuzzier, guitar track, this didn’t draw me in as immediately as some of their lighter, more commercial, album tracks, and it didn’t need the odd swear word in the lyrics, but it’s definitely a ‘grower’. I’m sure I won’t be the only one with the lyrics to the chorus firmly stuck in my head either! I think this will make quite an impact in the bands live set, and I look forward to seeing how it does on release. Seven Summers have, in a short space of time, carved out an identity for themselves, and this release will further cement that.

‘Picture Of You’ will be available via I-Tunes on ……………… . Matt, Neil, Jon, and Alex will be on tour throughout the South East this summer/autumn. Dates and details can be found @ www.myspace.com/sevensummersband.