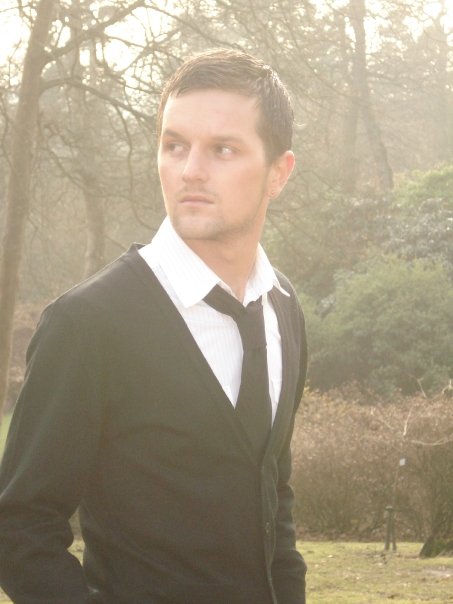 Tyler is a 26 year old songwriter and producer from London looking to make his mark on the music world in 2009. There are a number of demo tracks on his website, and if first impressions are anything to go by, then the one thing I would say they represent is versatility.

The first track to come on the jukebox is ‘Second To One’, a song said to be about feeling second best. If I had a checklist for what makes a good song, then the first box I’d be ticking is ‘lyrics everyone can relate to’. This song also deserves credit for its smooth and soaring melodies, and an emotive vocal performance, that are all packaged up in an indie-soul style ballad.

Next up, is the simple, yet quite moving song ‘Like a Stone’. The track is predominately acoustic in style, with some piano, string, and soft drum arrangements slotted in at exactly the right time. Tyler seems to know what works, and when with this style of song, and also manages to capture heartfelt emotion in his vocal performance. It leaves you with a smile on your face, and you can’t ask for more than that.

To further demonstrate his versatility, he complete changes direction and enters the world of indie/rock with ‘Chase Them All Away. The electronic interludes and heavy guitar presence may not be to everyone’s tastes, the same goes for the techniques employed in recording the vocal, but the lyrics are great, and the song has a force and energy about it that’s refreshing.

The piano is a beautiful instrument for those who know how to handle it, and Tyler is one of those. He delighted and surprised me with the addition of an instrumental track called Belief, which I later found out was an improvisation. It’s a really emotive piece and well worth a listen. My only criticism is that Tyler could work more on how he ends tracks like this.

Finally I came to ‘Footprints in the Sand’, a collaboration that has been attracting interest from both the music industry, and its fans of late. Tyler has written the music and produced the track as well, and the hard work put in to this is evident. The song is influenced by the piano led pop/rock style of Daniel Powter, and is a lively tribute to that style. Although it could do with more power in the chorus, it’s an enjoyable song to listen to, and will appeal to all age groups. The song is also entered in America’s ‘The Fame Games’ which gives new artists, bands, and songwriters the opportunity to gain airplay on radio stations across America, and online. You can listen to the song, and send in your votes or reviews at www.meermusic.com/tylerandlauren.

For more information on Tyler and his song writing activities visit www.tylerearle.com or myspace.com/tylerearlemusic.