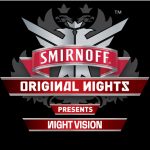 Following on from a successful run in Manchester, Smirnoff Night Vision is back, this time hitting London to help four promoters there realise their dreams, and put on a unique night of entertainment. The four winners were chosen from the host of promoters who applied via the Night Vision Facebook Page. The judging panel considered them to be the most forward thinking promoters in London, and awarded them £10,000 each to realise their vision. 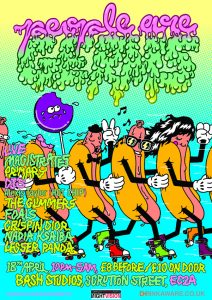 The events are fast approaching, so make sure you mark the dates in your diaries and check out these innovative new club nights for yourselves. All the fun kicks off on April the 18th at Bash Studios in East London. People Are Germs are the hosts for this event, but don’t let the name put you off. They promise party goers a cutting edge roller disco, with live acts including Primary 1 and Magistrates, along with DJ’s The Glimmers, Hot Chips, Foals, and Nadia Kasabia.

The action moves onto the Curzon in Soho on April 24th, for a disco extravaganza like no other. DJ Flicks is a club night and movie all rolled into one. While former Studio 54 resident DJ Kenny Carpenter and Disco Bloodbath take over the decks with the very best disco tunes, there’ll also be some movie magic. New, rare or unseen films will pay tribute to the enduring disco genre. The films include Pioneers and Disco Godfather.

Finally, keep your eyes open for details of the final Smirnoff Night Vision event. Whilst the date and venue are (at the time of going to press) still to be confirmed, the Novak collective have announced their event is called 3D Disco Goes 360˚! Held in an igloo tent, to give a 360 projection space, this will be a visual experience like no other.

If you’re looking for a different way to spend your next night out, then any one of these events could fulfil that need, 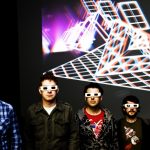 and if you’re an event promoter then you too could see your dream night become a reality.

There’s still time to apply for Smirnoff Night Visions next round of grants for London events, which will take place in July 2009. Four more bursaries are available of £10,000 to the best ideas submitted via www.facebook.com/smirnofforiginalnights by April 20th. There are also national bursaries available of £2,000 every month until June, for everyone else across the U.K. So get your thinking caps on, and maybe your event will become our next big night out!