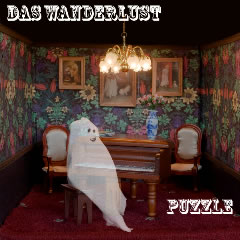 It can only be described as wrong-pop (with a hint of Riot Grrl) . The band have taken on a whole DIY ethos for the campaign managing themselves, setting up a live agency and using a label set up by one of their friends. The B-side to the single is 6 mini songs recorded in Frontwoman Laura’s living room in one take. They’ve had huge critical acclaim with plays on 6 Music, Xfm, Radio 1 and 2 with loads of amazing press and have just been announced to play SWN.