Can the pirates be stopped?

Ok so we’ve all heard about the Pirate Bay debacle yes? Well if you don’t happen to watch the news or possibly live in a cave or small forest dwelling, here’s a little history of how the file sharing site has become such a global phenomenon. 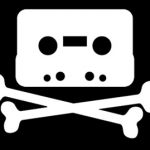 the more relaxed copyright laws that were set out in Sweden as other file sharing sites were threatened and suffered. The failed threats of lawsuits added to the website’s publicity and helped the site snowball until in 2006 the site’s offices were finally raided with allegations of copyright violation. The result of the raid was that the Pirate Bay set up a system of servers, meaning that shutting down one site would cause problems only for a matter of minutes.

Earlier this year, the website was flourishing, and claimed to be the largest host of torrent files, allowing users to download using peer-to-peer technology. It boasted 22 million simultaneous users.

The four founders of the website have been found guilty of breaking copyright law, were sentenced to a year in jail, and told to pay £3 million in damages. The founders claim however, that the case was “just theatre for the media” and that the Pirate Bay will continue to thrive.

Was founder Peter Sunde right in claiming this? Surely, even if the Pirate Bay did shut down, there would be countless imitators ready to take the torch and provide free downloads for the millions of internet users, who obviously 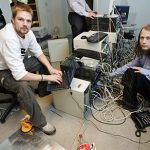 have no problem with the system.

Aside from the debate on whether downloading music and films for free should be allowed, the real question now is, can it be stopped? The latest lawsuit to be brought against the website, is from thirteen Hollywood studios, as activity on the website had continued to thrive despite the founders’ jail sentencing. The trial against the founders has elevated them to the status of martyrs, and the continued site usage furthered their opinion that service would resume as usual.

The Pirate Bay website has now been bought by Global Gaming Factory, who plan to turn it into a legal service, where copyright holders and providers will be paid for content that is downloaded from the site. Is there anything that can be done however to stop the millions of files that are still illegally transferred every day? Anyone, anywhere in the world can create such a file sharing system, and all that can really be done at the moment is to track down each file sharer, yet there are simply too many cases for this to be feasible. So if making a case in point, such as the pirate bay lawsuits simply leads to martyrdom and it’s not feasible to track down the sharers, then what?

In mid 2007 a Belgian court decided that ISPs can legally be forced to block copyright infringing data on peer to peer networks. Since most internet traffic is taken up by the illegal sharing of data, should it not be the ISPs 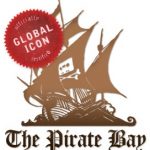 responsibility to filter the traffic on their servers? This would lead to increased bandwidth ultimately benefitting the providers. Work has been underway to try and filter such files, with very limited success. It’s been the case, like so many times before, that when a system has been put in place to protect the interests of the copyright holders, it has in turn quickly been broken. The internet’s sole function is the distribution of data, and only one person needs to be able to break a protection system for everyone else to be able to take advantage of it.