Like A Phoenix From The Flames: Lee Ryan’s Back! 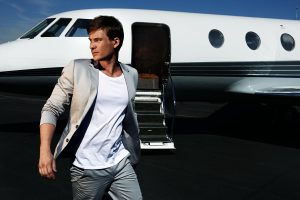 With the looks and the talent, Lee Ryan was always what boy band dreams were made of. He found fame with Blue, and along with Simon, Duncan, and Anthony, produced some of the best pop music around. Since then, apart from a shaky start to his solo career, and a few less than complimentary newspaper headlines, he’s been rather quiet, that is until now! Yes Lee Ryan is back, and if reports are to be believed, back better than ever. He has spent the last two years writing with Johnny Douglas (one of the best in the business), producing an album which he describes as very ‘personal’:

“The album is about me. It’s about my journey, where I am today, where I’ve been and where I am now. It’s very personal and all my experiences are in the album lyrically. I’ve exorcised some demons and I hope people understand me better after listening. I’m not taking myself too seriously though, I still want people to be able to dance to these songs, as well as relate to them.”

The lead single for this album release will be called ‘Secret Love’, and has been co-written by Lee. Mainstream pop and honest lyrics are promised, but will they be delivered? You’ll just have to wait and see! Keep your eyes open for our forthcoming single review, and of course you can buy ‘Secret Love’ when it hits digital download stores on May 2nd, and the shops on May 3rd. For more information visit www.leeryanmusic.com