As firsts go, this one was always going to be interesting. It was my first trip to the Panic Awards, a local ceremony celebrating the music and arts scene in Chelmsford. It was hosted by the indomitable Andy Poole, the newest addition to our writing team, and featured among the best band nominees a few acts we’ve covered on music.co.uk. 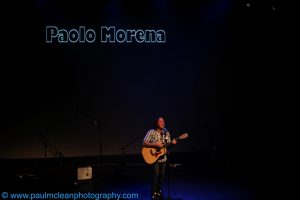 Andy founded music and arts magazine Panic, and the Panic Awards is an offshoot of that. The night was to feature performances from all the best band nominees, and the presentation of all the awards! Things didn’t entirely go to plan, as one of the Best Band nominees split before the ceremony, but that left a window open for the winner of Best Solo Act to give a performance. Cue Paolo Morena, who gave an entertaining, and quirky acoustic performance to celebrate his win.

All the remaining Best Band nominees performed really well, and certainly gave the event some energy. The lively, slightly drunken crowd seemed to appreciate them all, though my special mentions go to Potential Obsession for their unique take on the Lady Gaga classic ‘Bad Romance’, The Library Suits for some outstanding vocals, The Boys for their general entertainment value, and Seven Summers. Seven Summers performed their forthcoming single ‘Picture Of You’ at the event, and ended up walking away with the Best Band Award.

Their shock and surprise produced one of the most memorable moments of the night. They so doubted their chances, 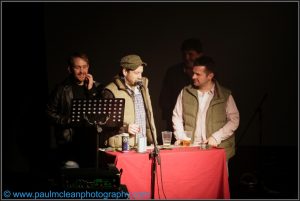 they were all packed and ready to go, and had to call their drummer back to perform their final two songs as winners!

A big well done to them, and to all the other winners, because of course the Panic Awards isn’t just about solo singers and bands, it’s about the people behind the scenes too. A big clap goes to the following for making our music and arts scene in Chelmsford special:

Best One Off Event: The Fling 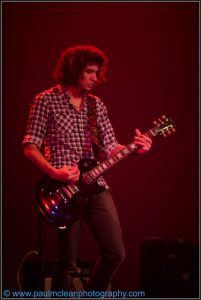 Congratulations to everyone involved from music.co.uk for the well run, entertaining night out that I, and I think the rest of the audience had. The atmosphere was great, the VT’s from Snapbox (www.snapboxproductions.com) were professional, the music was full of energy, and Andy did a great stand-up/compere routine! As a journalist, an audience member, and a music fan, I thoroughly enjoyed it. Lets hope the awards happen again next year, and are bigger and better than ever. Bringing everyone together under one roof works, and the hard work that goes on, both on-stage, and behind the scenes in Chelmsford/Essex is definitely something to celebrate!

With thanks to Paul Mclean for use of the photo’s!