Music.co.uk Chats To No Redemption 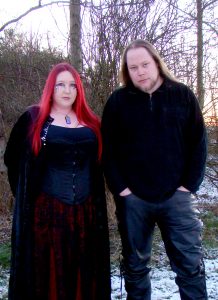 James and Gemma From No Redemption

As if to prove that music.co.uk embraces ALL genres of music, this week I have moved from writing about West End Musical star Lee Mead, to publishing an interview with James Earnshaw, one of the founding members of Stoke band No Redemption. Read on to find out what he had to say about the band, movie scores, and his idea for a website comic book creator!

Our first question is always the most obvious. Who are No Redemption, and how did the band come about?

No Redemption was an idea myself and Gemma came up with about 6 years ago now. We had been working together in a band that had been through a lot, and had ended. I’d been working in another band which had come to a conclusion as well. So we amalgamated what was left of the 2 bands. The idea behind No Redemption is to question the morality of our world, and the way we push the boundaries of everything until we don’t recognise it any more.

What would you like to tell us about the genre of music you work in, and for those who aren’t familiar with it, or haven’t been fans before, why is it worth a look?

We have taken all our influences, from 80’s goth and pop, 90’s, to more recent metal and industrial, and combined them all together to produce what we’d like to hear. It’s a kind of very melodic, layered style of metal, with a dark edge to it. Obviously we don’t confine ourselves to one style though, we also work on an acoustic level.

Who or what inspires you in your music?

Life! When you look around and see the world beneath the media whitewash you see a whole different place, this influences some of our music, other songs have been influenced by personal experience. The hope is that others will relate to our songs and maybe we can help them understand where they are.

What do you find are the best ways to get your music heard, and heard by the right people?

The best ways to get heard are to play gigs at a relevant level for your music Also support a similar style band, and their fans will probably like you. Have a large internet presence; sites like myspace and youtube are providing most of this now. Don’t give everything away, feel your self worth. Selling 300 copies of a CD at £1 feels empty, whereas selling 100 copies of a CD at £5 feels accomplished. You’ll find that people will listen to it if they’ve paid for it, and in order to buy it, they must actually like your music!

We’ve heard you’ve been busy composing for several films/documentaries recently, what can you tell 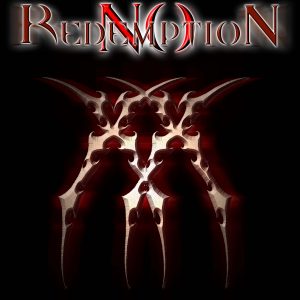 Well, it’s a constantly changing thing. It all started with a chance meeting with award winning film maker Philip Gardiner. I offered to write an album of music for a documentary about Robin Hood. It gave me the chance to spread my wings, write some orchestral pieces, and to branch into genres I’d never approached before. Phil loved it, and now I’m up to my neck in movies! I’ve almost finished putting together music for the up and coming Warner Bros film ‘The Stone’, a psychological thriller, to be released hopefully by the end of the year. I’m also making my own film called ‘The Hollow’. A horror, which I’m directing and providing music for, which will hopefully be finished by the middle of the year. We (as a band) wrote and recorded the song Lost And Lonely for the film Camgirl, to be released in July through Realirt Films. On top of all this, I’m working on the No Redemption album Evolution, which is a culmination of the last 5 years or so. We’ve never had a recording that felt perfect, we now have the ability and resources to create the sound the songs deserve! We’re going to need these recordings for various films and documentaries.

Where do you start, when composing a film score?

Well, I start by researching as much about the subject as possible, and get into the feeling, the vibe of it. Then I just put myself in a situation where I can be as creative as possible, with all the tools I need around me, and just let the ideas flow. I use quite a lot of technology to aid me in this; computer sequencing is a very useful tool. I play various instruments, and depending on what I’m after, depends on which instrument I might use.

After writing the pieces, it helps to have a team of musicians around you. Luckily I have some of the elite performers in the area to work with, which makes life a lot easier. I believe it’s important to have a network around you that you can rely on!The most important thing I’ve learned, is to know your limits! Ok you should try and expand on what you already know, but if you push it too far you’ll end up exhausting yourself! Oh and make sure you know your timescale! Last thing you want is to be rushing it at the last minute!

What is the truth behind Hollywood’s most filmed legend?

Ah, you’ll have to watch the documentary to find out. Robin Hood is a legend I’ve always been interested in. Since I was a boy I have watched TV series and films about him. The documentary uncovers so much of the legend, and the truths about this story. It’s impossible for me to conclude it, I have my answers..put it that way.

Well as I mentioned before, I’m making my own films now. I hope to get the band out there and tour as well, and finish all the projects in front of me. Then maybe some well earned time off!

What are you playing on your I-Pods right now?

I don’t have an I-Pod, but we’re currently listening to the new Fear Factory album Mechanize, Devin Townsends latest album Addicted, and lots of cheesy 80s pop and rock! I’m also listening to a lot of undiscovered talent, like local singer/songwriters Paul Heeley and Slug (yes I know it’s a weird name but you should hear him!). Our bassist Alex Callaghan has just recorded a track called Fallen Angel, and I can’t stop listening to that.

If you could add, or invent any gadget/application for your website, what would it be?

Tough question! Maybe a comic book creator so people can put the band in their own stories?

What are your interests outside of music, and is there any hobby/activity/skill you’d like to have a go at?

I enjoy watching a lot of films and TV series, in particular horror and sci-fi. I don’t get a great deal of time away from the music, I work an 80 hour or so week. If I had more time, I think I’d spend more of it with my friends, and the band. I love playing live, and we run our own acoustic nights/do acoustic gigs all over the place. The more impromptu the better, as far as I’m concerned anyway.

What do you think there is ‘No Redemption’ from?

The limits of our own humanity. We keep stretching and stretching, until one day they will snap! Corruption is more prevalent than ever. Our own lives have become the entertainment of the masses. Words have lost most of their meaning, so we start to use other words out of context to make them sound more powerful! I like the word good, it should mean what it is, instead though we use fantastic or amazing or f***ing brilliant, for something which is good. Plain and simple good! I believe we should hold onto some of our innocence, and although we need to progress, do it with better intentions than greed!

And on that note, we will end an interesting interview. For more information on James and the band, visit http://noredemptionuk.com.