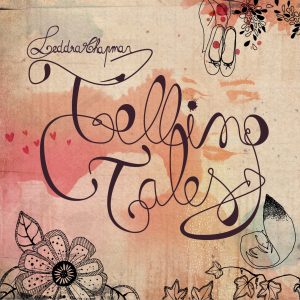 The record stores and online shops might be full of bright red sale signs at the moment, but there’s more than discounts to tempt you musically this month. I start off the 2010 review season by reviewing one of the best new albums around, ‘Telling Tales’ by Leddra Chapman.

Leddra Chapman is an artist I came across right at the start of her career, and she showed a lot of potential then, which I think has been realised with the release of her debut album. ‘Telling Tales’ is packed full of emotive vocals, catchy beats, and well crafted instrumentation, which in terms of quality, equals that of releases by more established acts. What Anna has, that perhaps some of her contemporaries don’t, is a zest for life, and a refreshing take on life which is displayed through every lyrical story she sings. The lyrics are also packed full of imagery, with phrases such as ‘chasing street lights home tonight’, drawing the listener into each story.

The music is a delightful mix of acoustic/folk/pop, that veers from the very funky/darker vibe of ‘A Little Easier’, to the carefree guitar/string arrangements on ‘Summer Song’. Stand out points include the backing harmonies on ‘Fooling Myself’, to the polished violin/brass segments on the quirky ‘Story’. It’s all very English and easy to get drawn into, and most importantly leaves you wanting more! which I got from my album highlights! These included the very reflective ‘Wine Glass’, with its rousing drum beats, ‘Jocelin’, which has very catchy melodies, and finally ‘Picking Oranges’, which shows off Leddra’s vocal to full effect. The strongest song award I would give to ‘Saving You’, which has a very powerful beat, an original chorus, and a lot of atmosphere in the melody.

Overall, ‘Telling Tales’ has a lot of charm and beauty, and its ten songs soar and shimmer in all the right places. Although this isn’t a genre I’d normally listen to a lot, and I wasn’t keen on the piano part of ‘Wrap Me Up’, there wasn’t much to criticise on this album. Some tracks brought a smile, some a toe tapping frenzy, while others had me singing along. With such strong melodies and engaging stories, it’s an album that’s hard to resist! Well done to all involved and I look forward to hearing what else 2010 will hold for Leddra Chapman.