Kick Your Weekend Into Touch With Some Top Music Stars!

Picture the scene: you and your family are sitting in the hallowed terraces of Wembley Stadium, ready for a great afternoons rugby, and you discover that your ticket not only buys you a match full of scrums and tries, but some great pre-match entertainment too! Well this could be you, if you buy a ticket to see Saracens V Worcester on Saturday 13th February.

Anyone who’s been to a Saracens game at Wembley, knows that they like to give their fans great value for money. Previous matches have also seen visitors walk away with huge cash sums, and watch a performance from Britain’s Got Talent Winners, Diversity. This time it’s the turn of the music world to provide the pre-match fun, and there’s two top chart acts, ready and waiting to ‘tackle’ the Wembley crowd with some spellbinding songs!

Girl band The Saturdays, seem to be filling the niche left by Girls Aloud, and appear at this event, on the back of six top ten singles, which includes ‘Ego’, and their comic relief single, ‘I Just Can’t Get Enough’. 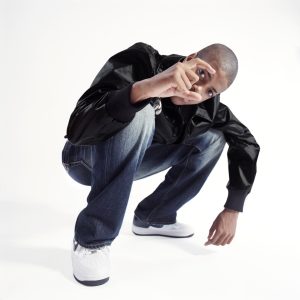 They will be joined by fellow top ten star and rather awesome rapper, Chipmunk, who has made great waves on the music scene with his debut album, ‘I Am Chipmunk’. Both acts are sure to set the stage alight before the rugby, and with Saracens currently riding high in the Guinness Premiership, it’s sure to be an exciting match too. Tickets start at just £10 for adults, and £5 for Under 16’s, so why not kick your half term weekend into touch, and book up now!