The Lake District, a picturesque paradise of hills, lakes, quaint villages, and water sports, will also come alive to the sounds of music this summer, when the Kendal Calling team come out to play. Back for its fourth successive year, the three day festival will take place on July 31st-August 2nd on the historic Lowther Estate in Penrith Cumbria.

Over the 3 days festival, goers will be treated to some of the best alternative or dance acts in the U.K, with a healthy slice of local talent and randomness in between. The main stage line-up will be familiar to festival goers, as The Streets, The Zutons, and alternative folk hero’s Noah and The Whale, are just some of the acts confirmed.

Meanwhile, Traffic Magazine has an exciting list of dance acts and d.j’s confirmed for their dance tent over the weekend. Dance the night away to the best in house, techno, drum n bass and dubstep. Highlights will include sets from beatbox supremo Beardyman, and the legendary Shy-FX. Also on the bill are funk-soul-disco outfit Crazy P, Chase and Status, winners of Best Album at 2009’s Drum ‘n’ Bass awards, and the much hyped Hereldeduke.

The second music stage will provide a veritable feast of new music. Energetic performances are promised in a variety of styles, as acts like Fight Like Apes, and King Blues take to the stage. With many more acts to be announced, expect a heady mix of punk, reggae, folk, rock, and most things in between!

Other areas at the festival site include the Kaylied Stage which promises traditional music with a twist, with Craig Charles from BBC 6 Music spinning some of the tunes over the weekend. In keeping with traditional village life, the stage is surrounded by an arts and crafts area for all ages to get involved in.

Also worth a mention is the chill out zone at the village green, and the Holy Quail Inn. This is the place where randomness comes alive in the form of 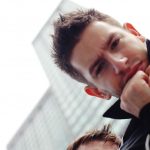 Sounds like a messy mix of fun activities. Paying further homage to the festival setting and local traditions, there’ll also be site wide activities like Fox and Hounds taking place.

Weekend tickets are £70 for over 14’s and £40 for under 14’s.There are also coaches available to the festival site from nearby train stations. It certainly sounds like a unique event, that offers something a bit different from the larger festival brands. If this sounds like your kind of festival, then you can find out more by visiting www.kendalcalling.com.