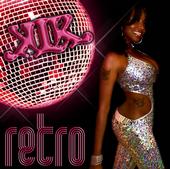 Kele Le Roc began her music career in the 90’s and fast became a big name on the Urban Music Scene. Her soulful voice and R&B/Garage/Soul sound won her two Mobo awards, top ten chart hits, and she became a popular name in the clubs both in the U.K and abroad. After working with other artists, such as Shy FX, Lemar, and Estelle, and moving record labels, she is now ready to make her solo comeback. She speaks to music.co.uk prior to the release of her new single Retro.

1. Hi Kele, welcome to music.co.uk, first off for those who haven’t heard of you, or don’t remember you perhaps you’d like to introduce yourself.

Hi my name is Kele Le Roc. I am a singer, songwriter, actress, Dress and jewellery designer and an entertainer.

2. We’re all looking forward to your new music, how does it feel to be back, and on your own terms?

I think I’ve spent a long time preparing myself and getting this new album ready, so it feels great to be back. I always get so many emails from fans on myspace etc saying they are waiting for the new album, so I’m really excited about that too. I think that the DIY approach is the best way to go, as it allows the artist to have full creative control and artistic integrity. Labels never get anyone trying to do something a little different, until they self promote themselves and prove it can be done. This album is full of songs that are true to my heart, and I know the fans are going to love it.

3. How do you feel your music has developed?

I have always enjoyed listening to all types of music. So this album is really an extension of all the genres of music I enjoy. I named the album Le Roc Music because of this. It’s generally what it is. I hate being pigeon-holed as an R&B singer or a garage singer. I’m a singer, so enjoy and love singing all types of music, and even fusing them together.

4. How do you compare British and American R&B?

American R&B is a lot more mainstream and popular. I think the main reason for that is the marketing and budgets in the states is a lot bigger, and can compete with other popular genres. Also I think when it comes to marketing R&B artists out there they know exactly how to do it, and are willing to put the money behind the artists. American R&B does have a sound too, which is very current. I think in the past England did struggle with making their R&B as credible, but as more amazing UK based producers emerge, this is no longer a problem. I see the main problem being the lack of marketing knowledge in this country for UK R&B.

5. As it’s the topic of the moment, what are you’re personal thoughts and memories of Michael Jackson? How would you like to see him remembered?

I am a huge Prince fan, but always claimed Michael Jacksons “Off the wall” album as 1 of my favourite albums of all time. My favourite track on that album is “I can’t help it” I have so many fond memories. I used to play it on repeat. I still can’t believe he’s dead; it’s a huge shock to me. Michael Jackson was the instigator behind a lot of huge changes in the music business. He was the first artist to make videos like movies. I hope he will be remembered for all the positive things like that.

6. As I write this we’re currently in the midst of some glorious summer weather, so perhaps you can tell us your favourite summer things. (Activities, holiday destinations, summer reads, favourite summer drinks/ice creams etc) What is summer Kele Le Roc Style?

I love roller skating, riding my bike and I really love walking too, but only enjoy doing these things in good weather. So it’s been ideal. I’ve been going to Ayia Napa for over 10 years now, so I’m going again this year. I love it there and have so many friends I’ve made out there. So every year it’s almost like I’ve never left!

7. Tell us about Inspire 2009 and the other projects/charity work you’ve been involved with?

I like to get involved in charity work as obviously I think it’s important to give back. Inspire is about getting young people involved in positive things i.e. music, dancing etc and keeping their minds focused so that they are less likely to be on the streets getting into trouble. I work with a lot of similar projects like Rising Tide, and summer youth projects for kids that are not allowed to go to normal school because of bad behaviour. I’m also involved in HIV Ghana, which helps people with aids in Ghana to get the necessary medication, and raises awareness, so that they can live relatively normal lives and dispel the myths behind HIV.
8. Have you covered any interesting showbiz stories during your presenting work for INC T.V? In your imagination what story would you love to cover?

I would love to interview Prince, he doesn’t really give interviews so it would be an honour and as a huge fan I could probably ask him questions that journalists would not normally ask. With the INC TV thing, interviewing Damon Dash was pretty cool. I had met him a few times before and thought him to be quite arrogant, so was prepared for that, but he was actually quite friendly and humble. It’s amazing what losing a Jay Z can do to you, lol, but in his defence he did break artists like Jay Z and Kanye West.

9. If you could style anyone with your clothing and jewellery lines who would it be?

I have 2 sides to my clothing line. There’s the Asian inspired range which is a little more opulent and red carpet, so someone like Amy Winehouse. It would be nice to see her in a different style and really glammed up. The funkier club inspired stuff needs attitude behind it to wear it, so some one like Lady Gaga or Fergie from Black Eyed Peas would be ideal.

I’m just wrapping up the album and getting ready to film the next video, its all hard work but somebody’s got to do it! Before you know it this year will be finished it’s already gone by so quickly. I’m just about progressing and being consistent with my music.