Jem: I Want You To (Single) 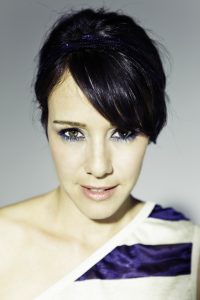 The long and successful journey many Welsh singers and songwriters have made in the music industry, is something that has been well documented, but I’ve not heard much previously about Jem, one of a new generation of singer-songwriters hoping to make their mark. Though her name may not be that familiar to me, she’s certainly a favourite with the American TV and Film industry, and her songs have been licensed to many popular shows. .

Jem is about to release her Spanish influenced track ‘I Want You To’, taken from her album ‘Down To Earth’, which delivers in some ways, and disappoints in others. I’ve always considered The Samba to be one of the great Latino party/carnival dances, and I was expecting the song to pack a bit of a punch, but it just didn’t evoke much carnival spirit in me. I also didn’t find the classic danceable rhythms in the instrumental break that exciting. That said, it still has a smooth sensual flavour to the melodies, and the production is spot on. I think Jem also has a good vocal range/style for this type of song, and her inflections on the Spanish parts were good. I couldn’t help but wonder what it would sound like if she’d sung the whole song in Spanish?

The video features storylines from both the boy and girls perspective. It seems to illustrate their expectations before a night out, and their feelings afterwards, although it’s not always clear where the tale is heading. Given the theme of the song, I was expecting to see a lot more Latino dancing, but maybe being unpredictable in the video isn’t such a bad thing.

Put the song and video together and I think you have a product that’s slick, sensual, but in some cases not entirely original. This song is something of a slow burner for me, but when it’s good, it’s very very good.

‘I Want You To’ is released on November 2nd via Dramatico Records. For more information visit www.jem-music.net.