When site boss Rob Taylor isn’t drowning in post it notes and working on all the technical aspects of the site, he’s coming up with some brand new features for the site. Fifteen Questions is the first of these; and in the coming weeks and months, it will introduce you to the hottest new music talent in the U.K and beyond.

First up to answer these questions is ‘The Boy Done Good’, an indie/pop band who will be unleashing their debut single this summer. So it’s over to guitarist James to give us the lowdown on the band: 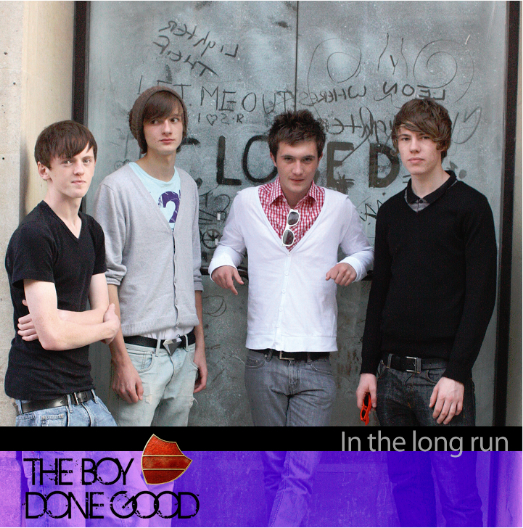 The Boy Done Good, from the Billy Brag song, it fits with what we are doing and the image we want to set out.

2 – What stage are you at in your career at the moment?

Just about to release our debut single, in the process of heading off for a year’s build up to our debut album, touring and getting music on the radio.

3 – What is your music background? (Who are you and your band members? Tell us your story!)
Louis – vocals
James – guitar
Steve – drums
Rich – bass

Louis, Steve and James have known each other for years, the band began as something to fill the time during our early years but started getting serious when Richard joined to make a full band in 2007. Since then we’ve been maturing as a band, writing songs, playing local gigs and slowly building up the contacts to get out there.

4 – How do you describe your music to people?

A tasty concoction of indie popness
5 – What do you think about people downloading music online?

The ITunes store is the best thing since the colonel found his recipe for finger lickin good chicken.
6 – What dream tour would you love to be on, with any past or present bands?

Touring with The kooks and The Metros
7 – What have been the biggest obstacles for you, to get your music heard?

Being young and finding the opportunities to really get out there
8 – What is the best freebie you have ever been given?

Beer from a flyer man at Glastonbury

9 – Everyone has a song that annoyingly sticks in their head, what is yours at the moment?

Playing gigs and writing material is our free time

12 – Have you discovered any interesting music related sites online?

13 – Which comes first, the music or the lyrics?

Louis finds the lyrics, James finds the music which both blend together to make a crowd sing along and go ape

14 – Tell us about your next gigs and why we should be there!

Our last gig got raided by the police, who knows what will kick off next

15 – Interview questions can be quite dull, so what do you really want to be to talking about now?

Have you ever tasted Rubicon Mango juice?

To find out more on ‘The Boy Done Good’ visit www.myspace.com/theboydonegood or check out details of their debut music video here 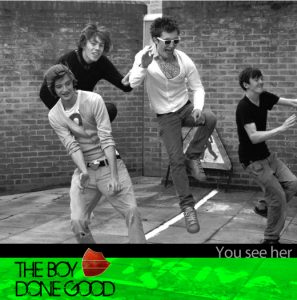