Festival news has been coming in thick and fast to music.co.uk, with line-ups being announced, tickets going on-sale, and even some competitions being announced. So here’s the lowdown on what’s been happening in festival land.

First of all, congratulations to everyone who managed to get their hands on tickets for the 2009 V Festival. Tickets for my local venue Chelmsford sold out in just two hours. You’ll be in for a treat this year, as the line-up includes acts like Oasis, The Killers, The Saturdays, and my personal favourites Snow Patrol and The Script. For those of you that didn’t get tickets, you can still follow all the festival action on T.V or www.vfestival.com. 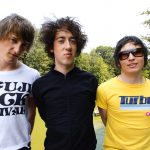 Staying in the South East, Red List Live, the festival in aid of animal conservation, made its first line-up announcements recently. From the 19th-21st of June visitors to the festival, at Port Lympne Animal Park in Kent, will be treated to sets from acclaimed bands, The Wombats, British Sea Power, and veteran acts The Undertones and The Damned. New talent is also warmly welcomed here, with blues/rock act The Archie Bronson Outift, acoustic act Klaus Says Buy The Record, White Rose Movement from London, and a local duo, Lights Go Blue also performing.

But it’s not just about the music at Red List Live, this is a multi arts festival, and as such the organisers have also announced details of a design competition. Open to secondary school, college, and university students in the South East, the assignment is to design a t-shirt using the theme ‘endangered animals’. The entries will be judged by an editor of fashion industry bible Drapers Magazine, with a behind the scenes tour of said magazine, and Red List Live tickets up for grabs. The winners will also see their t-shirt made up and sold at the festival, to raise further funds for charity. To get more information on Red List Live and this exciting competition visit www.redlistlive.com 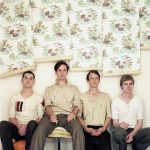 Finally we head to Hertfordshire for news of the Big Chill Festival. Films play a big part in this arts/music festival, and this year the ‘Big Screen’ is coming to Big Chill, bigger and better than ever. The festival organisers have teamed up with Warp Films, Film 4, The British Film Institute, and The ICA, for a great range of activities throughout the weekend. The most unusual of these is the filming of a Zombie Movie on site, with festival goers encouraged to take part and dress up for the occasion. The film will be available after the event, and may even enter the Guiness Book of Records if enough people take part. Film 4 will be hosting a cinema tent showing classic road movies and Bollywood films, while there’s also a drive-in with a difference. Festival goers can chill out in a field full of deserted cars, watching the movies, and listening to specially recorded soundtracks blasting from the car stereos.

Also appearing at the event is the superb British Sea Power, who will be taking to the stage to perform a live score to an outstanding documentary called Winged Migration. This festival certainly ticks all the boxes for creativity, but what will the rest of the country’s festivals and gigs have to offer this year? Keep your eyes on music.co.uk for all the latest news.