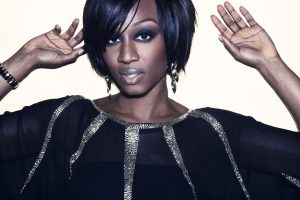 Beverley Knight has released her 6th studio album, surely not?! It seems like only yesterday that I was dancing around to the sounds of ‘Made It Back’ and other songs. It actually makes me feel a bit old, but excited nonetheless as I slip ‘100%’ into the C.D player.

Beverley Knight might be one of our lower profile success stories in the UK market, but there’s no doubting the impact her music has had on British Soul, and the respect that she’s earned in the industry. When Beverley talks, people will listen, and the end result is an album packed full of first class writers and producers. The hit list is quite exciting, and includes Guy Chambers, Chaka Khan, Grammy Award winners Jam and Lewis, and Amanda Ghost, famed for work with Beyonce and Shakira. The question is, will the music be equally as exciting as the album credits? Only one way to find out!

The album has a promising start with the track ‘Beautiful Night’. Although for me this song is a little slow moving at the start, once it gets going, it’s quite charming. The verses are packed full of urban beats, which lead nicely into the soulful bridge and chorus. It’s quite catchy and a definite highlight on the album. Soul Survivor is another standout track for me. Although I wasn’t expecting Chaka Khan’s presence on the duet to be quite so subtle, the song itself is strong, with an anthemic chorus, and catchy beat. This track is swiftly followed by ‘Turned To Stone’ a pop/soul fusion that had me singing along. There are some funky guitar riffs on this track, and although the backing harmonies/vocals are a bit overpowering, it’s still a very well written song. I also really enjoyed the song ‘Square Peg’, which has a story that’s easy to relate to, and an original, mystical feel to the music.

Other tracks on the album include a cover of The Bee Gee’s hit ‘Too Much Heaven’ and a song called ‘Painted Pony’, which has lovely 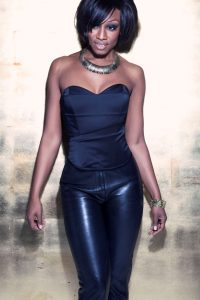 references to merry-go-rounds, and a childlike lullaby/music box feel. Both songs have a soulful beauty to them. Party goers haven’t been forgotten though, with 100% providing several up-tempo club tracks. The first of these is ‘In Your Shoes’, an attitude/message laden slice of streetwise soul/R&B, and there’s also ‘Gold Chain’. Also listen out for ‘Money Back’ the albums cool/chill out club tune, which has a great vibe to it.

There were little things that I found a bit tedious, like the bursts of a brass instrument on the reflective ballad ‘Bare’, or the piano bits in ‘100%’. I was expecting to hear more of a ‘powerhouse’ vocal at times, but the effect of these things is minimal.There were some catchy tracks, raw emotion, and hints of the spirit and determination.

Am I still a Beverley Knight fan after listening to this album? – Most certainly! Is it her best album to-date? -I’m not sure, but I did enjoy listening to it, and look forward to seeing how it goes down with music fans.

100% is available now. For more information on this, and Beverley Knight’s 2009 tour dates, please visit www.beverleyknight.com

CLICK HERE TO READ OUR INTERVIEW WITH BEVERLEY KNIGHT!