Anyone that loves music will know the feeling you get when you connect with a band and their songs, and doesn’t it feel good?! So I was smiling when I slipped my new Seven Summers album out of its glossy cover, and into my CD Player. Matt, Jon, Neil, and Alex have all got a back catalogue of bands behind them, but this time they may just have found both a line-up, and a sound that works, and will carry them forward in the future.

This self titled debut is packed full of interesting lyrics, funky/rock jams, acoustic melodies, and a good slice of folk/pop thrown in for good measure. They’ve mixed it up a bit, and it all works together surprisingly well, creating a credible, commercial product, that also goes down remarkably well live. I could run through my highlights, but there are quite a few, so instead here is my track by track guide to this feast of Chelmsford talent!

Youngblood: This is one of the more commercial songs, that packs quite a punch. The smooth drum beats combine really well, and there’s some interesting imagery too. Listen out for the pounding rocky instrumental towards the end, where guitarist Neil shows off his skills.

Bad News Again: One of my favourites on the album, it has an immediate, attention grabbing acoustic intro, and soaring chorus. I really enjoyed the fast paced, slightly folky melody.

Way To Be: Another favourite off the album, that’s a great track to sing-along to. It’s got quite an anthemic chorus, and shows off Matt’s emotive vocal well. The bridge is particularly strong on this one.

Dirt: This is the track for all those wanting to explore the edgier side of indie/rock, it’s also one of the more danceable tracks on the album. Again great lyrics and vocal! 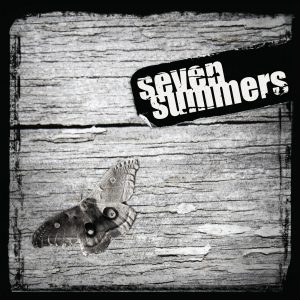 Without You: This track is an interesting mix of pop and rock, which starts and ends with a soft vocal touch, with a power ballad chorus in between. It’s quite unexpected when the beat kicks in, but it’s certainly something that grabs your attention!

Find Me There: Well they are called Seven Summers, so it seems only fitting they have a song suitable for chilled out summer nights, and this, to my mind fits the bill. There’s an interesting lyrical structure and sentiment to this song. A very strong acoustic/pop track.

Live Without It: Pure rock, unleashed in a quirky way. The vocals are a bit too shouty for me on this one, which means the lyrics aren’t always as clear as they could be. That said, it still has some very catchy riffs that are hard to resist!

Paved Paradise: I’ve been trying to think of a journalistic term to describe this song, but I can’t think of anything other than “WOW, this is a really good song!” The reflective storyline combines well with a simple arrangement to create something memorable, which turns into a bit of soaring power ballad rock towards the end. My only comment would be that the vocal sounded a little strained towards the end, but apart from that, this is a song that has a lot of charm.

Growing Up High: This is a song that will stand out for being different, which in some ways is a good thing. Although I wasn’t so keen on the chorus, the lively, quirky, country/folk twang to the music, and the playful lyrics were a lot of fun to listen to. I can see this going down well live.

Flesh Not Stone: This is another track that explores the darker side of Seven Summers. They create quite a powerful indie/rock noise with this song, which leads quite nicely into the final track.

r A Day: Flesh Not Stone, and ‘Just For A Day’ sit very well together on this album. Where the former explores the darker, noisier side of emotion, the latter hints at a melancholy/indie vibe. Both are effective in their own way, but for me the vocals stand out more on this track.

Seven Summers have a well produced album, some interesting songs, lyrical stories, and melodies, and above all they know how to fit all their different influences together. Their combination of funked up bass, smooth drum beats, acoustic guitar, captivating vocals, and deep rock jams show a lot of potential. Yes, there are tracks I’m not quite as keen on, that perhaps don’t play to their strengths as well as they could, but that’s not to say I didn’t enjoy listening to every minute of the CD.

Listen to the Seven Summers album on Last.fm now, or look out for it on I-Tunes. For more information on the band, check out www.myspace.com/sevensummersband