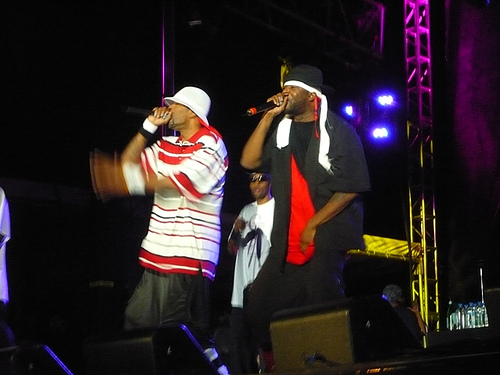 Wu-Tang Clan producer and rapper RZA has sued a Brooklyn dog-walking company for breach of copyright, after they named themselves Woof-Tang Clan.

USA Court papers stated that Wu-Tang Clan’s name and logo were “Unmistakably associated” with the group since their formation in Staten Island in 1993, and that Woof-Tang Clan’s attempt to trademark their name violates the music group’s trademarks.

Woof-Tang Clan is owned by Marty Cuatchon, who told the New York Daily News he was aware of the challenge. As well as walking “The illest group of dogs in New York City”, he offers dog-sitting services, saying his staff are “Courteous and responsible, as long as we’re in agreement that Nas’ Illmatic is the greatest album of all time”.