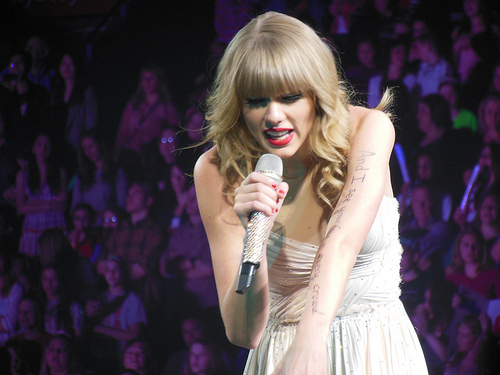 Taylor Swift has announced that she’s heading back to the UK and Ireland next summer for a huge stadium tour.

The singer, who released sixth album ‘reputation’ earlier this month, will kick off the tour at Manchester’s Etihad Stadium on 8th June before heading to Dublin and London.

Tickets for the shows are set to go on sale from Friday December 1 at 9AM. A pre-sale for Taylor Swift fans will also grant early access to tickets from Wednesday November 29.

The full UK and Ireland tour follows her scheduled comeback appearance at London’s Jingle Bell Ball next month, which will see the singer sharing the stage with Ed Sheeran.

Taylor Swift's reputation Stadium Tour is coming to the U.K. and Ireland!

The https://t.co/3S6eOKceQK presale is Wednesday, November 29th at 9am local time and the general onsale is December 1st at 9am.