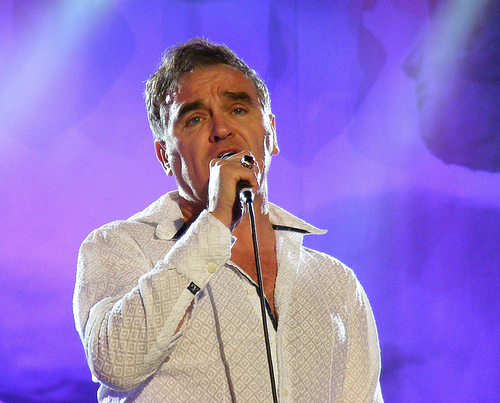 The cover for Morrissey’s new album ‘Low In High School’ seems to have surfaced online. Morrissey’s close friend, artist Linder Sterling posted what looks to be the new album cover on Instagram. The child featured on the cover is reportedly Max Lopez, the son of Morrissey’s touring bassist Mando Lopez, who was present during the recording of the album in Italy.

Morrissey’s childhood friend James Maker also posted a status about the album cover on Facebook, claiming that HMV are refusing to stock the album in the UK because “The cover art is offensive.”

Fans have been awaiting news of a new release from the former Smiths turned solo star since 2014’s ‘World Peace Is None Of Your Business’.