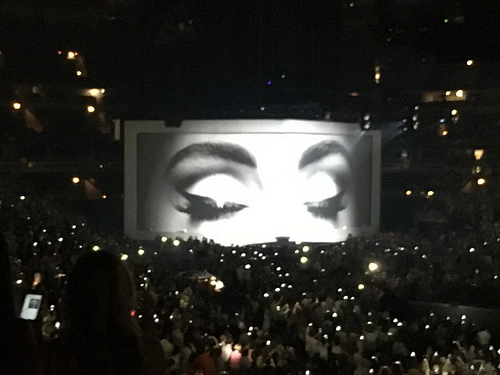 Adele has cancelled the last two shows of her 123-stop world tour after damaging her vocal cords.

The star has been touring her 2015 album ’25’ since February 2016, and in a note shared just after midnight on twitter she said: “On medical advice I am simply unable to perform over the weekend.”

On Wednesday and Thursday of this week Adele played two of her tour’s final four dates at London’s Wembley Stadium, and in her note she explained: “I’ve struggled vocally both nights”.

A handwritten note from Adele in the programme of her Wembley shows earlier this week suggested that she may never tour again. “Touring is a peculiar thing,” she wrote, “It doesn’t suit me particularly well. I’m a real homebody and I get so much joy in the small things. Plus I’m dramatic and have a terrible history of touring.”